Then make sure to come by Car Shine Auto Spa & Accessories! Have you ever gotten a minor dent and have no idea where it came from? Maybe someone tapped your car when backing up and drove away without leaving information. Or perhaps a rogue shopping cart got loose in a parking lot and banged into your passenger side. Whatever the reason, if you have a dent, we do dent removal, Paint less dent repair cost less then traditional body shops. And we'll make it look like that little accident never happened! 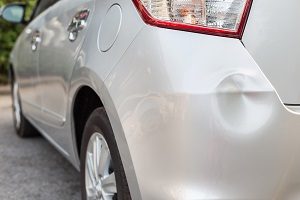 If you have a small dent and didn't have any paint chipped off or removed in the process, we can do paintless dent removal (PDR). PDR essentially pulls the damaged metal from the inside back out where it's supposed to be without adding any more harm. While it may appear that the removed dent brings the car's condition back to normal, since the metal has been hit once, further damage to the same area can cause a more costly fix later down the road. Make sure to use extra caution for that region in the future!

Can't I do small dent repair on my own?

While there are many tools around that claim to remove dents with little to no effort, they have limited applications and might not work for your specific dent. They can also be expensive and aren't cost effective to remove a single dent. And even if it is the right tool, using improper technique can do more harm than good. Let our experienced technicians take care of it for you. We have several pieces of equipment that are ideal for specific areas or kinds of vehicles and can get rid of that dent without hurting your car or truck.

Choose us for dent removal in Vancouver WA

You won't find a better combination of value, efficiency, and service anywhere in the area!